I am currently full, but please check with our branch's website www.registeredmusicteachers.com for other qualified piano teachers. 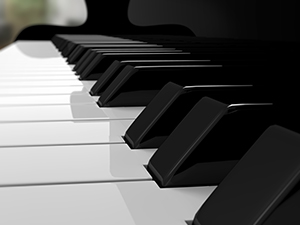 In Vancouver, I studied piano under the guidance of Mary (Nan) Gorringe and in the Edward Parker studio, while my theory education was in Burnaby with Keiko Parker. I completed my A.R.C.T. (Association of Registered Canadian Teachers) from the Royal Conservatory of Music in 1975, and received the highest mark during that term in the New Westminster district. I then immediately joined the British Columbia Registered Music Teachers Association (B.C.R.M.T.A.) Vancouver Branch and started teaching. I continued to further my music education by taking the Kelly Kirby Kindergarten course with Eleanor Harkness.

A couple of years after moving to Port Coquitlam, I became one of the founding members of the B.C.R.M.T.A., Coquitlam-Maple Ridge Branch, founded in 1985. Our membership has since grown from about a dozen members to over sixty members. I have served on the executive as Treasury, Secretary, and Librarian. Currently, I am the Past President of this professional association.

The B.C.R.M.T.A., Coquitlam-Maple Ridge Branch is a very vibrant and active association, which endeavours to promote the education of our members. We hold professional development workshops every other month. Our clinicians have included Ellen Silverman, David Duke, Mr. I, Dr. Thompson, and Linda lee Thomas, to name just a few of the professionals that have shared their knowledge with us.

Our Association also puts on an annual piano festival called the North Fraser Music Festival.  Our adjudicators have included: Ellen Silverman, Linda Lee Thomas, Corey Hamm, and many others. The students I have entered into this festival have all gained valuable knowledge and experience which help them in preparation for future exams and recitals.

As for my own musical studies, I regularly take refresher courses in senior theory subjects and jazz keyboarding. In the last couple of years, I have also taken voice lessons in Port Moody with Sandi Siemens. After competing in the Coquitlam Music Festival, I was asked to perform at their Honours Concert, which was very exciting for me. More importantly, it is my hope that my students will be inspired, and continue their musical education throughout the course of their lives!

"We were very fortunate to have Mrs. Lee teach our son piano, it was his first time learning to play and Mrs. Lee was patient and friendly. Our son was very enthusiastic about his lessons and we were always greeted with a smile. Unfortunately, we moved away otherwise our son would have continued his lessons. We highly recommend Mrs. Lee as your piano teacher!”

I studied piano under Mary (Nan) Gorringe and theory under Keiko Parker. I am a member and past executive-member of the British Columbia Music Teachers Association (BCRMTA). I am currently the President for the BCRMTA and am actively coordinating our annual North Fraser Music Festival.

Lessons take place at my home studio. Depending on the needs, abilities and ambitions of each student, I choose from a variety of techniques and method books. When the time comes, and the student chooses to, I help prepare them for Royal Conservatory exams. However, taking these exams is not a requirement of my studio.